Popular Movie Dog Breeds and How to Groom Them

With the 2020 Academy Awards behind us, we thought it would be fun to take a look at our favorite big screen dogs, and of course, how to keep them well-groomed! 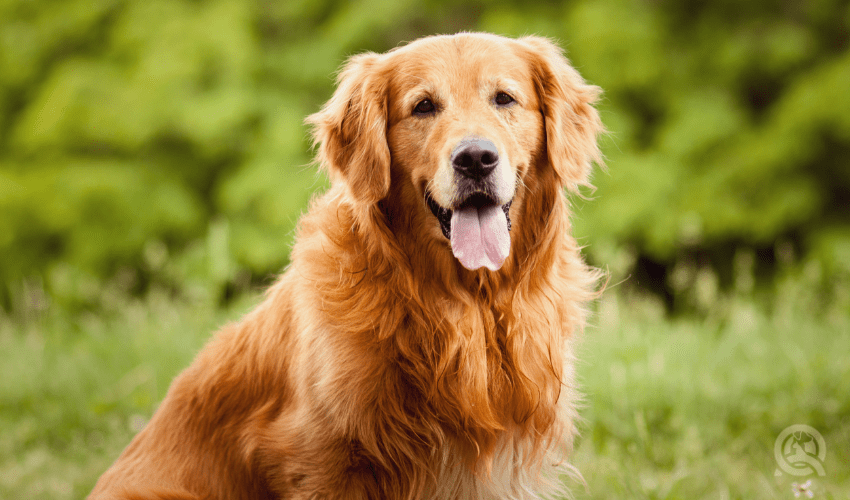 Whether it’s Buddy from Air Bud, Shadow from Homeward Bound, or the Full House/Fuller House dogs, a golden retriever is a naturally great choice for a movie dog. They’re typically aloof and eager to please, which makes them a pleasure to train and work with.

Even more convenient, a golden retriever’s shape and coloring is pretty standard. This means that it’s relatively easy to have 4 to 5 similar-looking dogs on set to play one single role.

Goldens love water, not to mention mud! Their thick and long double-coat makes them the kings (or queens) of shedding. Because of this, regular baths and brushing are an absolute must. De-shedding tools will also be your best friend. However, beyond regular maintenance, golden retrievers don’t require much in the ways of grooming. Some light clipping/shaping of their fur for the movies certainly won’t hurt them. Just don’t shave them down! 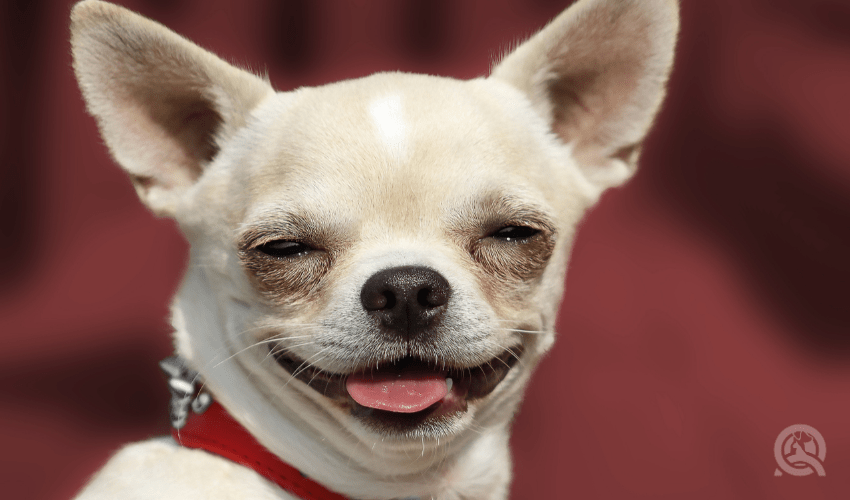 Bruiser from Legally Blonde is one of my favorite movie dogs of all time. From Bruiser to the three Beverley Hills Chihuahua movies, the chihuahua has become a reliable Hollywood dog. Their small size and biting personality (heh) make them a great choice to complement a quirky lead character in any movie. Despite popular opinion, the Chihuahua is a highly intelligent and trainable dog. Just lay a blanket on the ground for sits and downs – the floor is cold and dirty!

Chihuahuas are an easy groom. Their short, soft coats don’t require tons of maintenance. Just a quick bath/dry, a nail trim, and an ear cleaning should be all that’s needed. They are known, however, to have particularly delicate skin and are prone to allergies. That’s why it’s important to pick a mild or hypoallergenic shampoo for these sensitive pups. 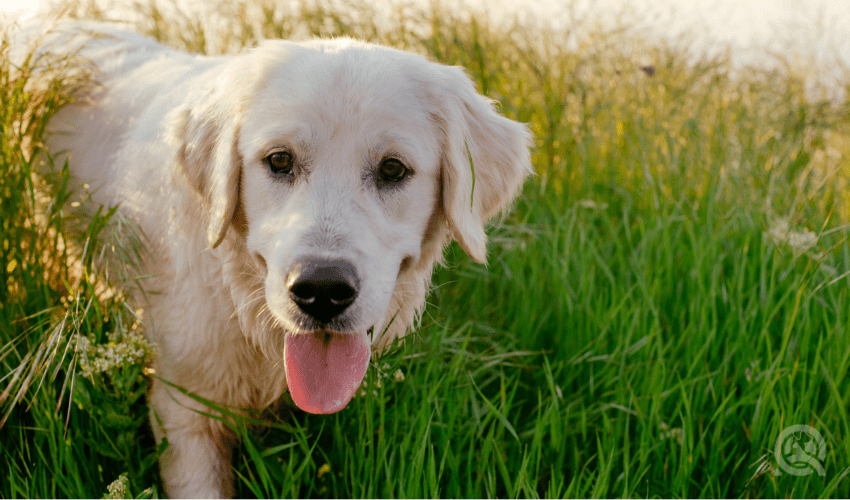 Honestly, there are too many labs that have starred in cinema history to list them all here. Marley & Me and Old Yeller are probably the most popular ones, both played by yellow labs. Labs are faithful, happy-go-lucky pups who are always ready for a party. They’re another breed that makes it easy to have several animals playing the same character, since so many can tend to look strikingly alike.

We’re starting to see another pattern here: Hollywood picking dogs that are easy to groom! Like Goldens and Chihuahuas, a lab’s grooming routine is pretty straight-forward. No clipping or shears are required; just a bath/brush to get all that extra fur out, as well as regular nail trims, and you’re good to go! 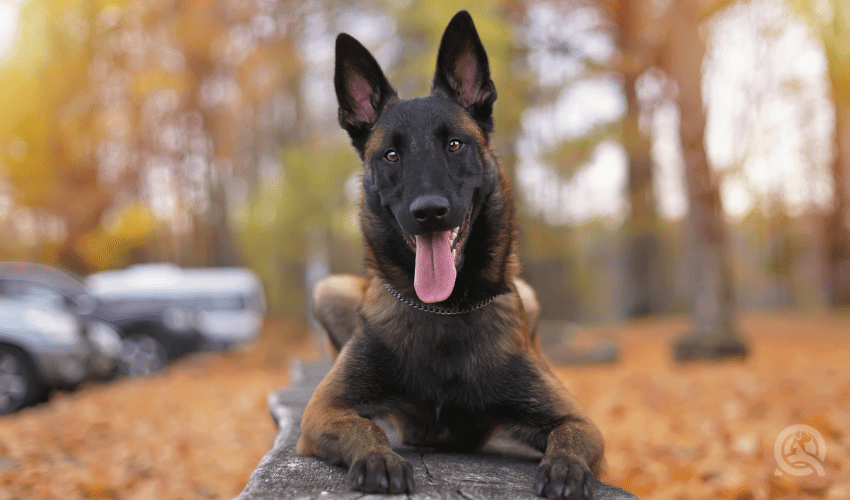 The Malinois was not a very well-known breed to the masses until the past decade or so. They became fairly popular when the 2015 Hollywood hit, Max, hit the big screen. While they’re amazingly intelligent dogs, they’re admittedly NOT a great family pet in a lot of cases.

Malinois are bred to work. If you’ve ever seen one of those internet videos where dogs are scaling walls or walking tightropes while blindfolded, odds are that was a Malinois. In most homes, they get bored and are highly destructive. They can become neurotic and aggressive if not properly trained or stimulated, and that’s a lot of work with this headstrong breed!

The sad truth is, an alarming amount of Malinois who are adopted as family pets are put down or rehomed for behavioral issues before they’re two years old. This has become such a problem that most Malinois breeders don’t sell their dogs as pets at all.

As actors, however, Malinois are a dream to work with! They’re fearless and eager to do any job, whether that’s pretending to be an attack dog, or performing complex dog stunts for a big scene. Name a trick, and you can teach a Malinois to execute it!

A Malinois’s grooming requirements is similar to that of a German Shepherd’s. That is to say, they shed like the devil and can get fairly stinky. This being the case, regular bathing, blowing, and brushing is crucial. But like all other dogs on this list so far, they don’t require tons of grooming beyond the basics. 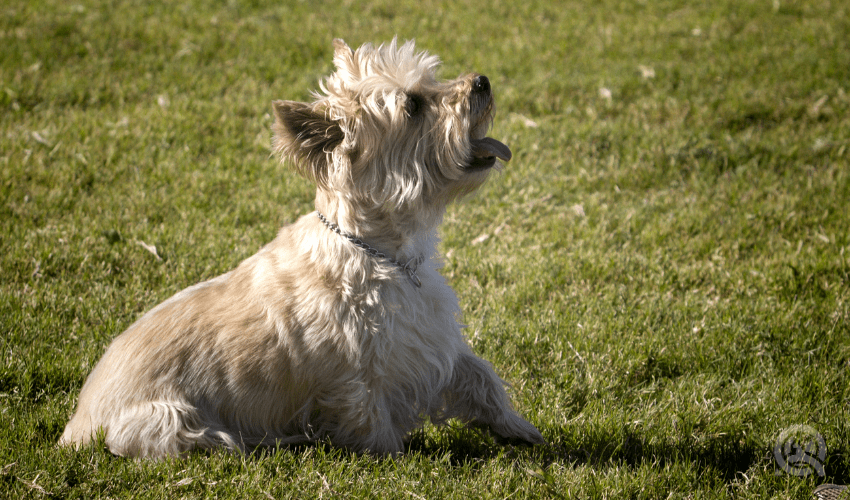 Not many people know what a Cairn Terrier is these days. That is, until you reference Toto from The Wizard of Oz. Then EVERYONE knows this breed! Cairn terriers are spirited little things that can be a joy to work with. Sadly, they haven’t been featured in many Hollywood hits since the 1939 classic, but Toto will always hold a special place in our hearts. ❤️️

This is the first Hollywood dog on our list that has a fair amount of grooming involved. (Hey, maybe that’s why they haven’t been used much in more recent movies!) As a wire-coated breed, the Cairn Terrier requires regular stripping to keep their coat healthy and their skin happy. A maintenance trim every month or two is also recommended, to keep the classic haircut in check! 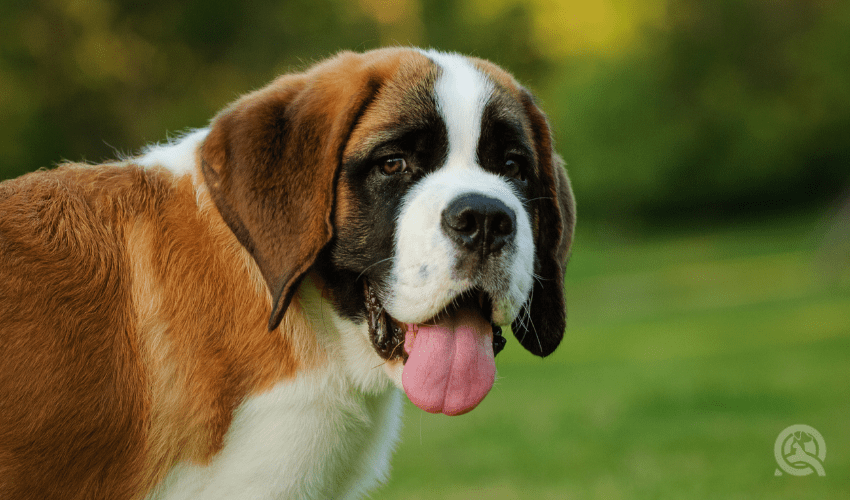 That movie was a staple in every millennial’s VHS collection growing up. Admit it, you’ve seen, too. To this day, at least once per week when I’m walking my Saint Bernard, a car slows down and the driver will shout at us, “Hi Beethoven!”

(Not even kidding. It’s weird.)

Saint Bernards are amazing dogs. They’re loyal and protective of their owner(s) and family. But at the same time, they love everyone, and just want to sit on your feet and cuddle. If that knocks you over? Well, that’s an invitation for more kisses! Our point is, they’re sweethearts.

You don’t see them much in Hollywood anymore though, and that’s probably because of the size (bigger dog = bigger pains) and their relatively short life-span in comparison to their smaller doggy cousins.

There are long and short-coated Saint Bernards. Either variation requires about the same type of grooming. Thorough, regular brushing is a must – especially for the long-haired Saints, since they’re more prone to matting. This big, floppy-eared beast is prone to ear infections, so regular ear cleanings are advised. Finally, and importantly, this is not a dog that you should leave to “air dry”. There is a lot of very thick fur on this dog, so you want to blow dry them after a bath. This will ensure healthy skin under that coat!

Do YOU have a favorite Hollywood dog or breed that we didn’t cover today? Let us know in the comments!

Want to take grooming courses so you can learn how to groom professionally? Enroll in QC’s leading dog grooming course today, and become certified in 2020!