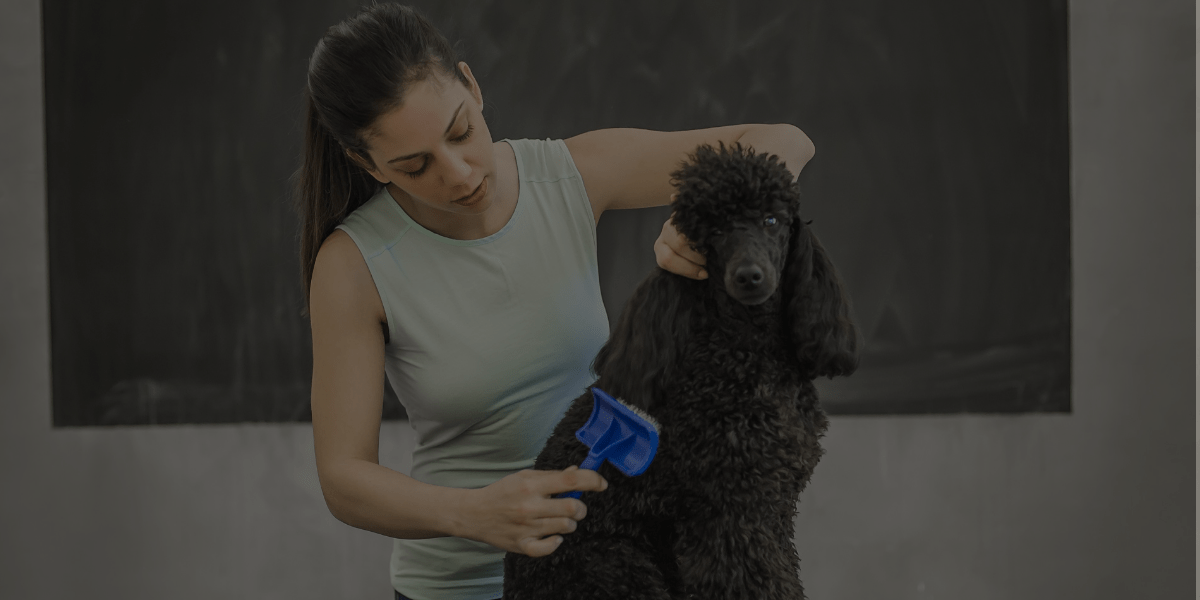 Your Dog Grooming Training: 3 Common Client Complaints (and How to Handle Them)

Throughout your dog grooming career, you’ll have the pleasure of working with all sorts of amazing clients. Unfortunately, you’ll also come across a few who aren’t completely satisfied with the job you’ve done. That’s just the way it goes in this kind of industry! Luckily, your dog grooming training has prepared you for this.

While some negative feedback may be indicative of further improvements you can make as a groomer, other negative feedback will come from a place of ignorance. This isn’t to say that the client themselves is ignorant. More that, they simply might not understand why you did something the way you did, due to a lack of grooming or general business knowledge.

This is understandable. After all, they came to you because you’re the expert. The thing is, in these kinds of situations, there’s a right way and a (very) wrong way to handle your client’s displeasure. Let’s take a look at 3 common complaints a client may voice to you on the job, and the best way to respond to each one. 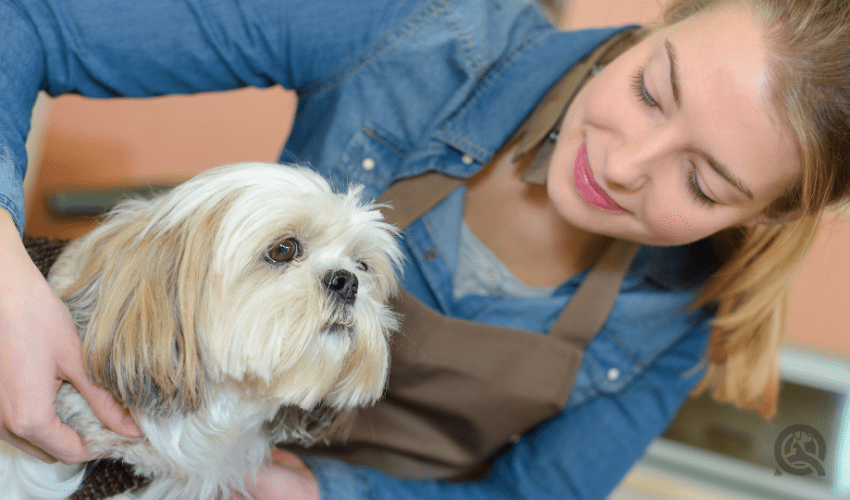 If you chose not to get proper dog grooming training, then yeah, this could be an error on your part. But chances are, you’ve paid your dues and put in the time and effort to earn a professional certification. So, it’s likelier that you chose that length for a very particular reason: to avoid cutting the quick.

You’ll encounter a lot of clients who have never even heard of the quick, much less understand what it is. In this scenario, it may just be a matter of helping them better understand why you cut their dog’s nails the way you did.

“I’m sorry – are YOU the professional groomer? Look lady, if I knew you were going to question every little thing I did, I wouldn’t have bothered booking with you. Why don’t you just cut the dog’s nails yourself next time?”

“While I’d love to be able to do that for you, if we go any shorter, I’ll likely cut the quick in your dog’s nail. The quick is a small nerve and blood vessel located at the core of the nail bed. I have to be very careful not to nick it, or it can cause your dog a fair bit of pain and start bleeding.  I know the nails might look a bit longer than you were expecting, but I can assure you that they’re at the right length for this breed.” 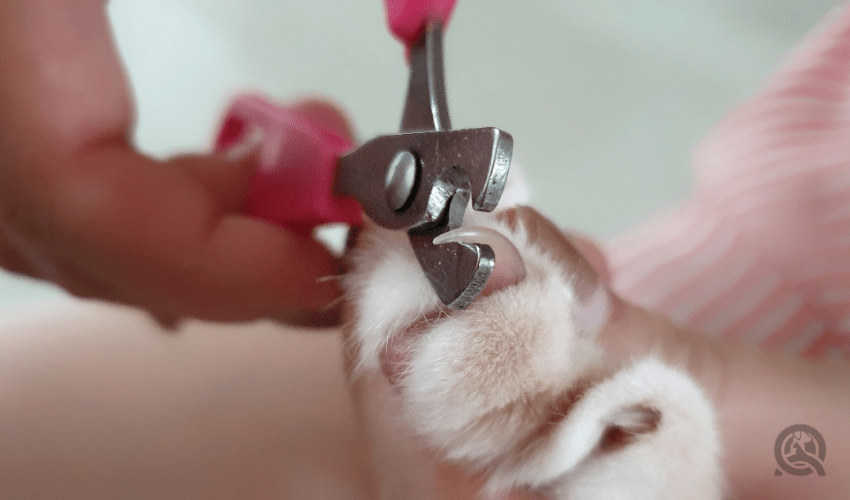 “She bit you? But she NEVER bites!”

Just because a dog shows aggression, it doesn’t mean they’re automatically a ‘bad dog’. But your client might get a little defensive if that’s what they think is being insinuated. Now, whether you choose to groom the dog again in the future is entirely your call. For your own safety, as well as the safety of the dog, you’re totally allowed to decline an aggressive dog if you worry it will be a repeated problem.

However, you also don’t want your client to get the wrong impression or be misinformed. In the event that their dog’s display of hostility is not a one-time offence, the client needs to understand the potential reasons behind her dog’s behavior. This way, measures can be taken going forward to prevent it from happening again.

“Oh, she didn’t bite me, huh? Want to take a look at my hand and tell that to the big chunk she took out of me? If that’s how you’ve raised her to be around people, then clearly, you’re the problem. You and your mutt can get lost and never come back!”

“The truth is, even the gentlest dog can become aggressive if they’re scared or anxious. It’s called ‘fear aggression’, and it’s quite common in dogs of all ages. She might have been startled by something I did, or maybe she had a negative response to her new, unknown environment.

Hopefully, the more exposure she gets to being groomed, the more comfortable she’ll be during the process. Should she get scared and try to bite again, one possible option would be for her to wear a muzzle during her appointments.

Either way, I think it would be a wonderful idea if you were in the room with her during her next assessment. That way, you can best determine whether in-salon grooms are the right fit for her.” 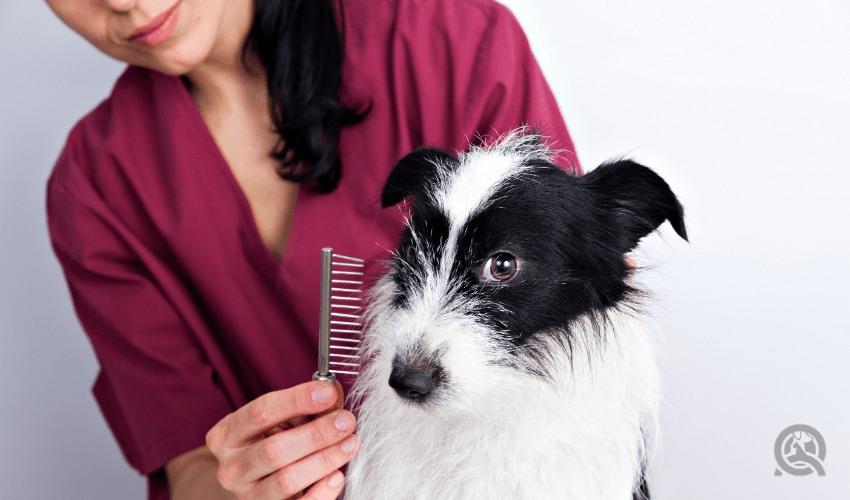 “I thought I told you to shave him down. I don’t want to have to deal with all that hair!”

As you learned from your dog grooming training, single-coated breeds can be shaved once in a while, but they should not be shaved completely. In fact, if your client wants to rid their single-coated pooch of their hair, it’s best to clip that hair instead. This way, you can take it to a short length, while still leaving enough to keep the dog safe and healthy.

Double-coated dogs, on the other hand, should never be shaved. Period. Doing so even one single time can cause irreparable damage to the integrity of the dog’s coat. Not to mention, it can also lead to afflictions such as:

“You have no clue what you’re talking about. This is ridiculous! Everyone knows you shouldn’t shave down a dog, especially one with a double-coat! If you want to lecture me on how to cut your dog’s hair, then maybe you should take a class or two first. I’m pretty sure I’m the professional here.”

“I definitely understand how annoying dog hair can be to clean up and maintain, but unfortunately, this is as short as I can go without putting your dog’s health at risk. Dogs need their coats. Their hair is actually their greatest natural defense mechanism against the external environment. Their coat protects them from the weather, while also protecting their skin.

If your dog were to be shaved down, his coat would likely never grow back to the same way again. His skin may also be at risk of serious, harmful damage as well. At this length, the hair will be easier to maintain, and your dog will be happy and healthy.” 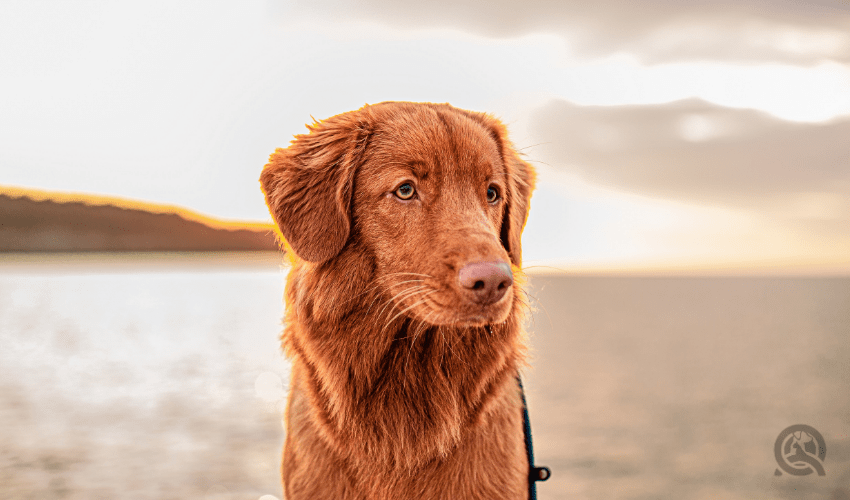 We’re willing to bet that one major thing you learned from your dog grooming training is the importance of remaining respectful towards your client. Part of being an industry expert is recognizing when a client’s complaint may be stemming from a lack of knowledge about your craft. As the groomer, you can use this as a positive opportunity to teach them more about their dog’s health, body, and overall safety.

No matter what, never respond rudely. No complaint is worth damaging your business’s reputation. Always maintain your composure, be professional, and treat the customer courteously. Even if they refuse to listen to what you have to say, you’ll know you did everything you could to make their experience a positive one.