As a groomer, the importance of properly understanding dog behavior cannot be stated enough. After all, your client is quite literally trusting you with their pet. It’s your job is to not only tend to little Fluffy and provide a service, but to do so within an environment that best supports her overall health and safety.

If you don’t understand dog behavior, there’s no way you can guarantee this. Rather, you’ll be grossly unprepared in the presence of anything other than a happy, cooperating pup.

If you’re thinking of becoming a professional groomer, you’re likely already researching into a pet grooming school that can provide you with adequate training, hands-on experience, and an accredited certification. This is definitely a smart move!

But don’t forget to make sure that said school also takes the time to teach you about dog behavior and temperament, too. Developing a thorough knowledge of both is what will truly help you thrive and have a successful career!

In case you need a little more convincing, let’s break down some of biggest ways pet grooming school can help you best understand what your furry client is feeling… 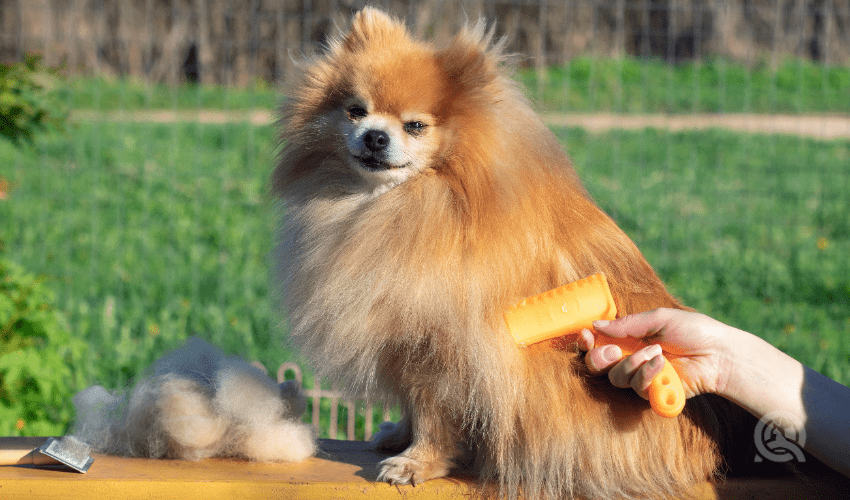 A reputable pet grooming school will make sure you graduate from your program with a solid understanding of what a dog is trying to communicate to you in a given situation. Primarily, you’ll discover how to identify the differences between:

Your course will not only delve more deeply into what each of these behavior categories are; it’ll also teach you where it comes from. As a groomer, it’s not enough just to be able to know that a dog is behaving a certain way – you need to comprehend why.

To build off what we just discussed, a key element to knowing why a dog behaves the way he does is to understand the ways in which he could have learned this behavior.

Dogs begin acquiring knowledge from a very young age. Just like with humans, their personal experiences often play a direct role in shaping how they do things. They also tend to heavily affect their reactions to the environment around them. 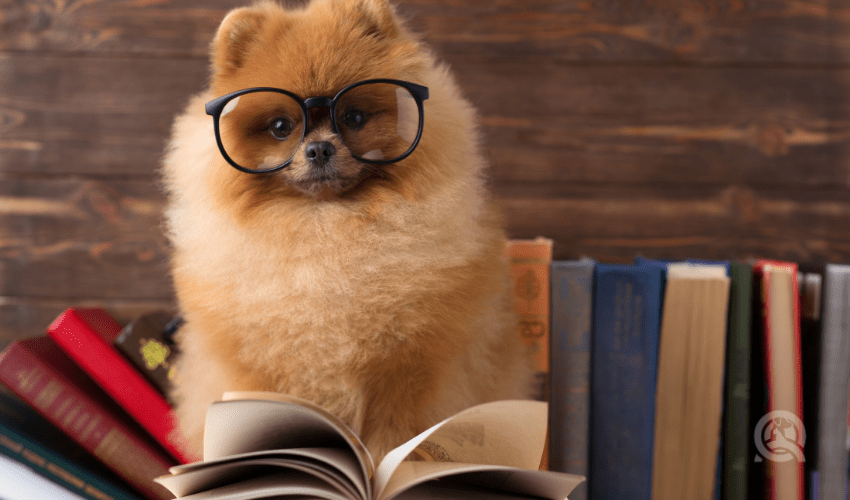 The different learning theories for training a dog can be broken down into types of “conditioning”. Pet grooming school will ensure to teach these to you! Two of the methods you’ll study up on are:

In addition, you’ll also learn the pros and cons of these types of learning theories. For instance, while Operant Conditioning is useful if focusing on positive reinforcements, it can also be catastrophic if the opposite is the case.

Negative reinforcement can potentially lead to a nervous, aggressive dog – specifically if they experienced any type of violence, such as being hit by their owner.

I’m a firm believer that no dog is inherently a “bad dog”. Rather, I believe that some dogs have bad behaviors. The thing is, those behaviors came from somewhere, and it’s not really the dog’s fault.

As a professional groomer, you’re going to come into contact with dogs that exhibit bad behaviors.

It’s important that you keep in mind why they’re doing what they’re doing, and what the trigger for them may have been. This will better allow you to assess the situation and determine the best course of actions for you to take in response.

No, your job as a groomer is not to train your clients’ dogs for them! But as the expert, you can help point your clients in the right direction. The way you become an expert in the first place?

Luring, shaping, targeting, capturing, and modeling are all terms you’ll become well acquainted with. They’re also the most frequent teaching methods for dogs. Your grooming course will break down what each one is, and how to utilize them successfully.

In the event that you’re working on a dog with a few misguided habits, you can use it as an opportunity to try correcting that behavior while she is in your care. Afterwards, you can always provide some guidance to her owner, regarding any teaching tips and advice you recommend they try when at home. 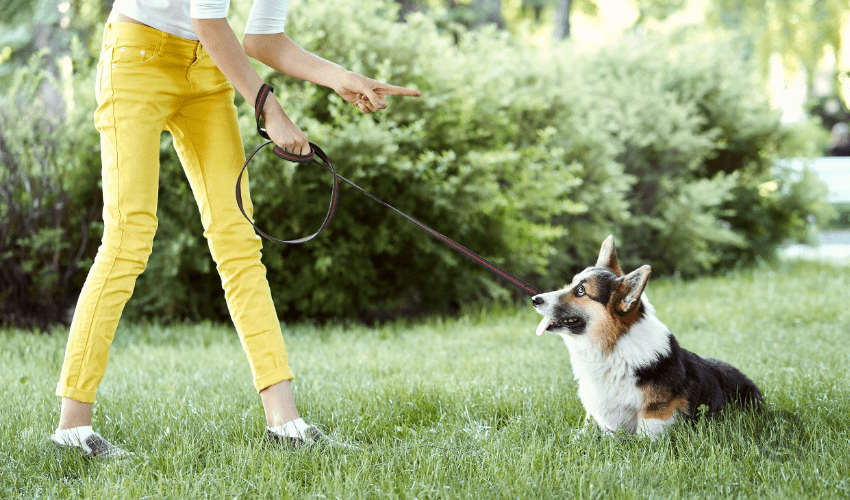 Ever seen the movie, Snow Dogs? Well, there’s a very memorable scene in which Cuba Gooding Jr. bites the alpha male’s ear, to assure his dominance as the pack leader. He does this because he was told to by a dog expert, essentially claiming it would make any unruly dog fall into line and follow his command.

In reality, what this character did was beyond stupid. Never try this. It can get you really, really hurt. Also, it doesn’t accomplish anything.

This is just one example of what is called the ‘Dominance Theory’. According to Dominance Theory, a dog will inherently misbehave because she is trying to assert herself as the alpha. The only way to teach them to obey you is to literally show them that YOU are the true alpha. Unfortunately, the measures taken are typically violent in nature.

A reputable pet grooming school will debunk this myth and reveal to you why this theory is in fact false. Just like with Operant Conditioning, this method of training will more often than not result in a dog frequently feels:

How does this directly affect you? Chances are, you’ll come across a fair share of dogs in the span of your career who have been trained by the Dominance Theory method. The way they’ve been raised by their owner may impact the way they act towards you.

Therefore, you need to know how to appropriately handle the situation, whether that’s finding the right way to calm the dog, or declining service altogether. How you handle it will be up to you – but you’ll be equipped to make that informed decision thanks to the education you received from pet grooming school. 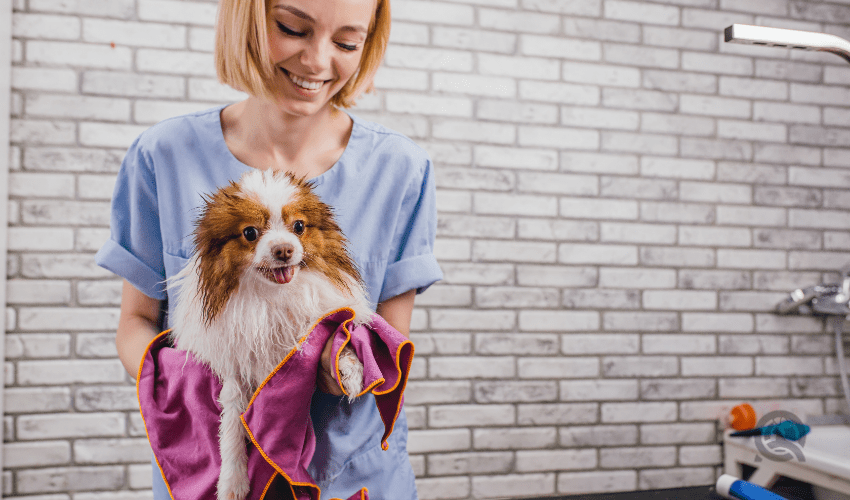 5 – You’ll become a pro at reading a dog

If dogs could talk, your job would be a lot easier. Since they can’t, you’ll need to understand what signals to watch out for. They are the dog’s way of telling you how she’s feeling.

By being able to spot the right signs, you can cater to the dog’s needs. In some cases, you’ll even be able to diffuse a stressful situation before it even begins.

In particularly, pet grooming school will teach you all about calming signals. You’ll learn what they are, why a dog exhibits them, and even how you can use them to gain a dog’s trust!

Together, they encompass the five instinctive responses any dog can have to a situation. By gaining a mastery of the Five F’s, you’ll be better prepared to handle whatever unexpected scenario that may arise on the job!

Of course, there is a LOT more valuable information about dog behavior… but then we’d be here all night! At the end of the day, the single greatest way to gain this knowledge is by enrolling in a pet grooming school. Only there can you receive training from dog grooming experts, and truly become an expert.

So, what are you waiting for? Enroll in QC’s leading online Dog Grooming Course today, and graduate in as little as 3-6 months!